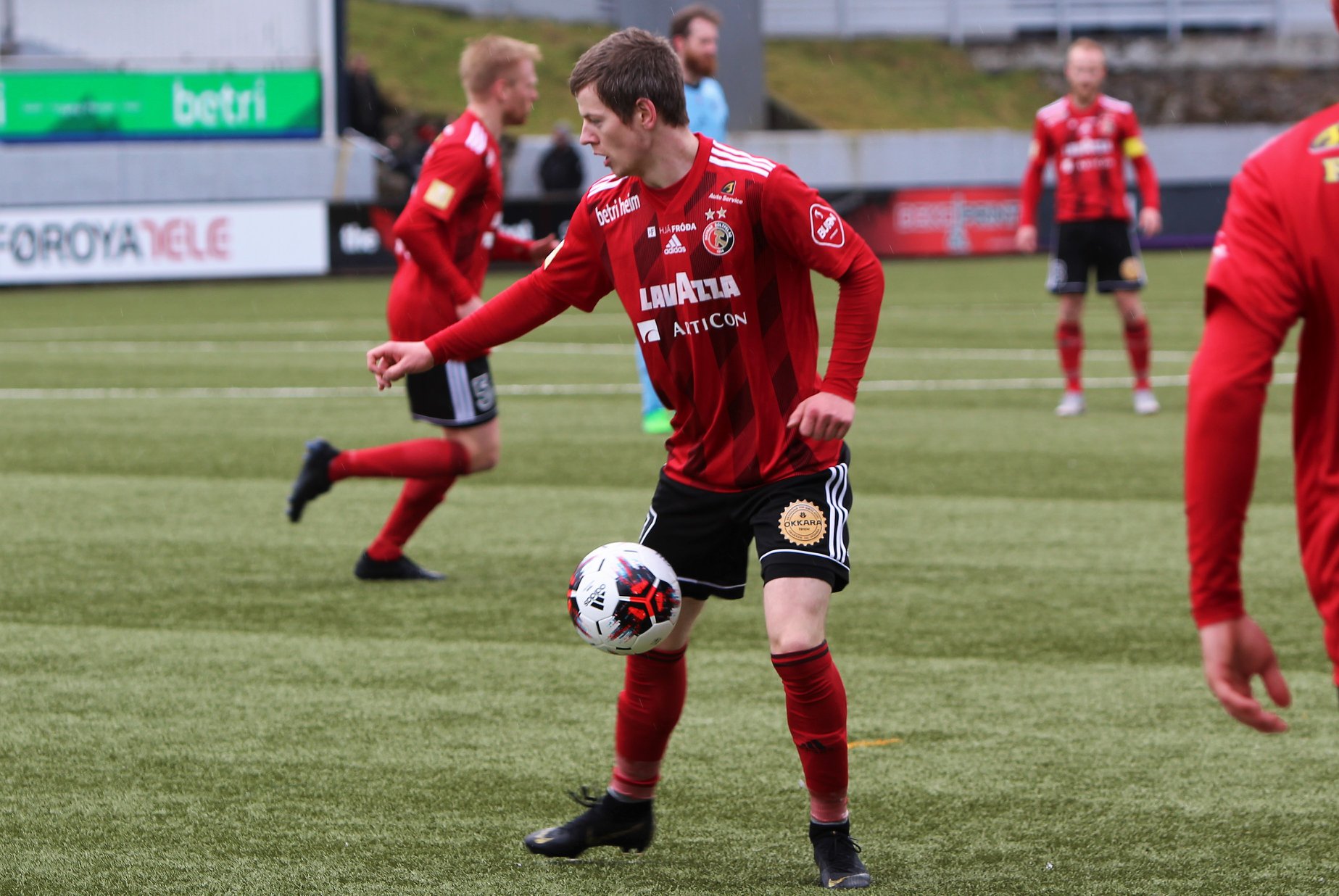 The last 12 months have been a pedestrian affair, considering the high standards that the Faroe Islands have set themselves. Several fans have called for younger players to be brought into the stagnating team. There is a strong reason for such calls, as the Faroe Islands national Under-17’s became the first team from the islands to qualify for a major footballing tournament (2017 European Championship), showcasing the exciting emerging talent.

More than ever before, young Faroese prospects are being signed by professional clubs from all over Europe, as well as improving facilities on the islands for youngsters to hone their skills, which in turn has greatly improved the quality of the younger age groups. The future does look extremely bright for the Faroe Islands. With all this in mind here is my list of 5 future Faroe Island stars. The criteria for the list is the player must be under 21, or not yet capped by the Men‘s national side (which rules out other extremely talented younger players such as Meinhard Olsen, Teit Jacobsen and Jakup Thomsen):

1) Andrias Edmundsson
Younger brother of current star player Jóan Símun Edmundsson, Andrias is a tall, commanding player who is also immensely calm on the ball. The 18-year-old centre back currently plays for the Sunderland Under 18 side (signed from B68 Toftir), but has impressed so much they he has also featured for the reserve side as well.

The famous Sunderland academy is a distinguished environment for Edmundsson to progress as a player and has already produced talents such as Jordan Pickford, Jordan Henderson and Josh Maja. Andrias is also part of the Faroe Islands Under-19 team, and he looks like the natural heir to Atli Gregersen’s position when he decides to hang up his boots – and in my opinion, is a future Faroe Islands captain and legend in the making.

2) Mads Boe Mikkelsen
This entry is certainly the most left field on the list, as to date Mads has only appeared for the Danish under age groups, but he was recently called up to the Faroe Islands Under-21 side (despite being born in Denmark. He qualifies for the Faroe Islands through his mother (who was born in Leirvík) and would certainly improve the national side, so Denmark’s lose is most definitely the Faroe Islands gain.

Mikkelsen is a 19-year-old right-winger, who is hard-working and skilful, currently plying his trade for Vendsyssel FF in the Danish Superliga. This season has been his breakthrough into the first team, appearing in 4 games and even scoring a goal, and considering the high standard of the Danish Superliga this feat is nothing to be sniffed at. Mads certainly has the pedigree and potential to reach the big time. He seems destined to be the next Danish-born player to benefit the Faroese national team; the optimist in me screams the next Christian Lamhauge Holst!!

3) Adrian Justinussen
Adrian Justinussen is a formidable name for followers of the Faroe Islands Premier League (Betri Deildin), last season‘s top goalscorer with 20 goals. He played a huge role in Havnar Bóltfelag winning the league, all just at the tender age of 20. Adrian is most comfortable on the left wing, with the ability to cut onto his deadly right foot, but he also has the ability to play across all positions in the front line.

An immensely talented player, he posses great pace, immense dribbling and a powerful shot. He is also lethal from set pieces (as many sides have found out). If Adrian can get over his fear of flying, he will be a linchpin of the national team for many years to come.

4) Lukas Giessing
Lukas is signed to FC Midtjylland Under 19’s, arguably Denmark’s best youth academy, having in recent years produced exceptional players such as Winston Reid, Simon Kjær and Jonas Lössl to name but a few. To further this point, they even reached this season‘s UEFA Youth League quarter-final (beating Roma and Manchester United in the process), with Lukas ever present throughout.

19-year-old Giessing is a modern day attacking right back, who uses his pace and athleticism to transition between defence and attack with ease. He also has a lethal right foot on him. He is so highly thought of, that he has even appeared for the FC Midtjylland reserve team this season, and surely won’t be long till he makes his mark on the Faroe Islands national team.

5) Hanus Sørensen
Like Lukas, Hanus likewise plays for the FC Midtjylland Under 19’s, albeit he is a year younger than Lukas. Another highly thought of talent, who has also turned out for the FC Midtjylland reserve side. Hanus scored the winner against Slovakia to ensure the Faroe Islands qualified for the Under 17 European Championship (2017). All the more impressive about this feat, was the fact he did this just a month after turning 16!!

A strong and fast left-sided midfielder, Hanus has all the tools in place to succeed, and add to his already tremendous heroics for the Faroe Islands.

Honourable Mentions
Such was the difficulty of listing 5 players out of dozens of rising Faroese stars, I thought it was only right to include some players who I feel also have the potential to become the stars of the next generation. The likes of hard-working defensive midfielder Magnus Jacobsen (was the first Faroese player signed to a professional Portuguese side in Paços de Ferreira, and Faroe Islands Under-19 captain), 17 year old striker Jóhann Joensen (currently signed to Danish Superliga outfit SönderjyskE U19), commanding goalkeeper Peter Hansen (with Superliga giants Odense Boldklub), and last but certainly not least Stefan Radosavljevic (a supremely gifted attack-minded midfield player, who has started this season impressively with 5 goals in 8 games for TB Tvøroyri, in the Faroe Islands Premier League), are all certainly ones to watch as well.

Previous articleMother’s Day thoughts: ‘Your children are not your children, they are the sons and daughters of Life’s longing for itself’
Next articleVideo: 45 pilot whales killed in Bø