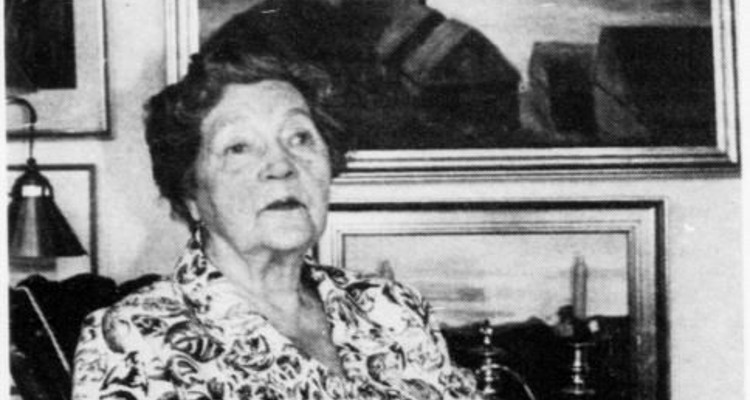 One of the biggest societal and political changes to have taken place this past century in the Faroe Islands is the increase in number of women in Faroese politics. At the last general election in 2015, ten women were elected to sit in the Faroese parliament (out of 33 elected members).

Although Faroese women have had the right to vote in the Faroe Islands for 103 years, it took 62 years for the Faroese to elect a woman to parliament. Jona Henriksen from the Social Democratic Party and Karin Kjølbro from Republican Party were the first women to be elected. This happened in 1978. However, the first woman to sit in the Faroese parliament, Løgtingið, was Malene Sofie Samuelsen, known as Malla Samuelsen, from the Self-government Party. She replaced Marius Johannesen in parliament for a short period in 1964. Malla was also the first women to represent the Tórshavn City Council when she was elected in 1956.

Malla Samuelsen
Malla, born in 1909 in the small village of Kirkja on the island of Fugloy, was only eight years old when her mother died. She and her six siblings were placed into the care of relatives. Malla grew up with her mother’s parents. Aged 16, she moved to Tórshavn to help take care of her uncle and brother’s house. In 1935, Malla married Carl Niklas Samuelsen, who worked as a marine engineer on a Danish merchant fleet, leaving his wife to take care of their three children – a normal arrangement for many Faroese couples at that time.

In 1952, Malla became one of the founders of ‘Kvinnufelagið’, the Faroese Women’s Association, whose aim was to ‘strengthen the woman, so that she can become more able to carry out the tasks assigned to her in society – politically, economically and culturally’. In the 1950s, it was still rare for women to run for office, but the Women’s Association believed that the time had come for women to have an influence on political decisions and to be become actively involved in politics.

When the political parties showed no interest in inviting women on their ballots, the Faroese Women’s Association took matters into their hands and created their own ballot for the 1956 Tórshavn City Council elections. Malla, who was affiliated with Sjálvsstýrisflokkurin (Self-government party), was chosen as the main candidate. Malla was elected and appointed as a member of a number of standing committees, which primarily focused on educational and social affairs. Of her decision to run for Tórshavn City Council in 1956, Malla said in a 1984 interview: “Women had not come very far in many areas, so it was necessary for us to start having an influence on what was happening in society. We decided to create a cross-party list of women to run for election, and without me knowing, the women had added my name to the list. I took that as a vote of confidence and did not want to let them down. I didn’t expect anything, but was elected nonetheless.”

From the mid-1950s to 1994, Malla took on a variety of important roles. She was a member of Einkjugrunnur Føroya (The Faroese Foundation for Widows), which aimed to provide emergency support to widows and other survivors in case of loss of dependents due to accidents. Malla also organised evening classes for women, ran a housecraft school for women in her private home for 13 years, sat as a member of the children’s shelter in Tórshavn for many years and managed the nursing home in Tórshavn for 13 years.

Malla passed away in 1997, aged 88. She played a vital role in representing the women of the Faroe Islands throughout the mid- to late 20th century, pushing the boundaries for Faroese women in politics and society as a whole.

This year, International Women’s Day will be celebrated in the Faroe Islands through a variety of events, lectures and public discussion that will take place on 8 March.