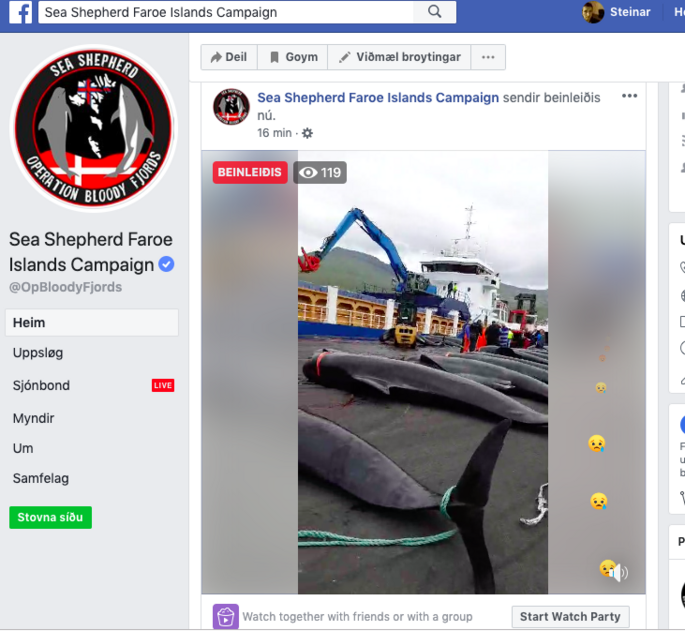 23 pilot whales were killed in a ‘grindadráp‘ in the village of Hvalvík this afternoon, shortly after 1pm.

That is according to several Faroese news outlets.

25 small boats participated in herding the whales towards Hvalvík Beach. The herding of the whales lasted longer than usual – around 3 hours – but when the grind had finally reached its final destination, it took the many locals who had shown up for the occasion only five minutes to kill it.

According to Faroese news website In.fo, a crew from Sea Shepherd live streamed the event on Facebook.

So far, 15.000 people have seen the stream, which was filmed by a person who stood 4-5 meters away from the spot where the killing took place.

This is not the first time, a grindadráp in the Faroe Islands has been live streamed. Last year, the live stream of the controversial September 11 dolphin slaughter sparked local as well as international outrage as it captured a man spending several minutes trying to kill a dolphin by stabbing it with a knife – which is clearly against the law of whale hunting in the Faroe Islands.

Read more here: ”This inhumane treatment of animals is staged by Sea Shepherd to expose the Faroese people as barbarians,” claims Whalers Association board member