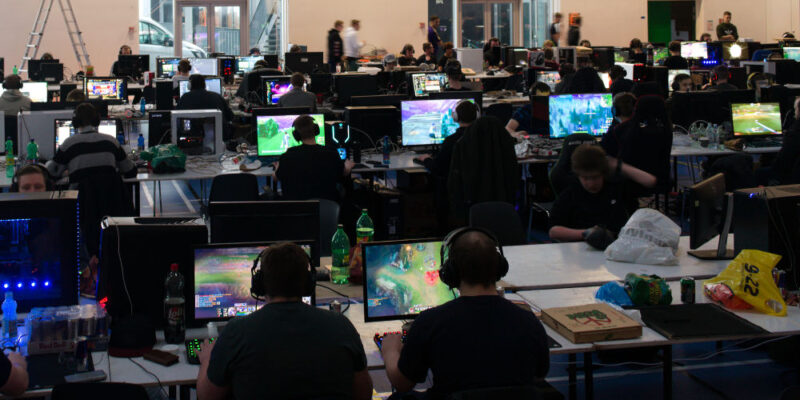 During the last weekend of April, over 160 gamers gathered on the Faroes for a weekend of competitive gaming. eSport has been gaining traction on the Faroes, evident by ESport.fo and their ELan event, attracting tens of thousands in sponsorship and prizes. eSport as a form of competitive sport has slowly been recognized internationally, glorified with prize money and viewership measured in the millions.

Young and old attended, bringing with them their own systems, characterized by their advanced GPUs and high end processors. Semi-professional teams are starting to form, with the support of local companies looking to market themselves to a younger generation on the Faroes.

eSports has grown rapidly thanks to social media platforms such as Twitch. In 2012, there were an estimated 58 million viewers of eSports, spending 1.3 billion hours viewing games. By 2014, the number of viewers grew to 89 million, but the number of hours spent viewing games has nearly tripled to 3.7 billion. Commenting on the growth of viewership on the Faroes, Rúni Johnson, the founder of Esport.fo, said “we’ve seen growth of between 10-25% every year, from an estimated 2000 the very first year, to over 7000 last season…”.

The future of Faroese participation in eSports is promising, according to Rúni. “In traditional sports like Football or any other outdoor activity, you need great conditions for the weather, space and other factors are playing in.”…“In contrast with eSports, we don’t have any natural barrier to enter the international competition, because there are no constraint for players to actively train and compete on a global scale.”