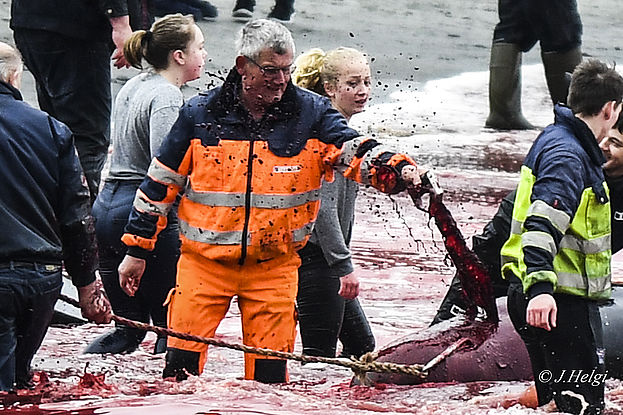 105 pilot whales were killed in Sandavágur on the island of Vágar this morning.

The whales were found around 7am this morning and the killings took place approximately two hours later, shortly before 9am.

According to Faroese news website Portal.fo, the whales were initially spotted by “Bjørt”, a small fishing boat from the town of Miðvágur.

“24 boats participated in the hunt. The hunt well even though there were not so many people on the beach,” local sheriff Karl Johansen told Portal.fo.

Mr. Johansen added that it took them 10-15 minutes to kill the whales.

This is the second time this year a “grindadráp” has taken place in the Faroe Islands.

On January 1, 70 pilot whales were slaughtered in Tvøroyri (Trongisvágur) on the island of Suðuroy.