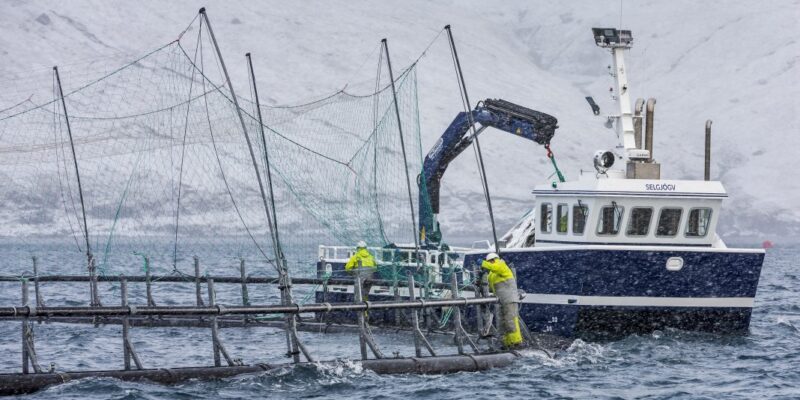 Salmon might seem a Norwegian trademark, but new numbers show salmon from the Faroe Islands are, apparently, “on top”, states Salmonbusiness.com.

This fact thrills Poul Michelsen, the Faroese Minister of Trade:

”I love it when we beat the Norwegians. You have no idea”, said a laughing Michelsen according to Norwegian online paper Sysla.

Like SalmonBusiness, Michelsen was looking at numbers from Kontali Analyse, a well-known analytics bureau in seafood.

Harvested salmon that’s a kilogram heavier; a sector growing faster than Norway’s; higher achieved prices per-kilogram over their Norwegian equivalents — the numbers went on and included a mortality rate of 10 percent, or half the mortality rate said to exist in Norway, states Salmonbusiness.com.

Importantly, for many, local salmon champion, Bakkafrost from the Faroe Islands, spent EUR 0.16 per produced kilogram of fish in the Faroes but spent between EUR 0.40 and EUR 0.50 kroner in Norway.

According to Nordea Markets, Bakkafrost are the salmon lords. Nordea Markets has called Bakkafrost “the world’s best fish-farmer” as the company produces three-quarters of all salmon in the Faroe Islands, explains Salmonbusiness.com.