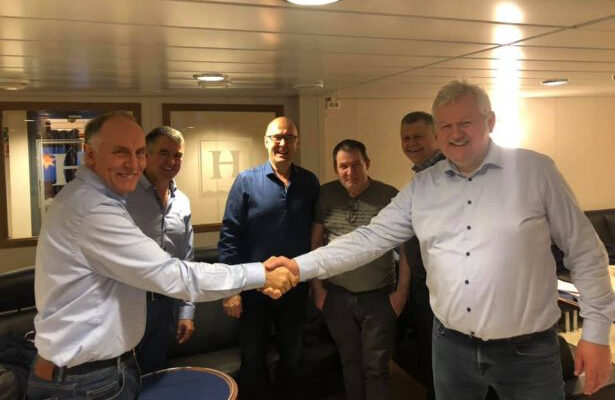 On Thursday, the Norwegian longliner Geir II was handed over to Spf. Undir Klakki in Klaksvík, which acquired the ten year old vessel to replace 30 year old Klakkur, which was sold off in December.

Geir II was built in 2010 and is among the most advanced longliners in the world. The vessel is 51,3 meters long, 12,4 meters wide and equipped with a “moon pool”.

Geir II is currently in Ålesund, Norway, and if everything goes according to plan it will sail for the Faroe Islands next week.

The old vessel, Klakkur has remained in Klaksvík and has been rechristened Jákup B.