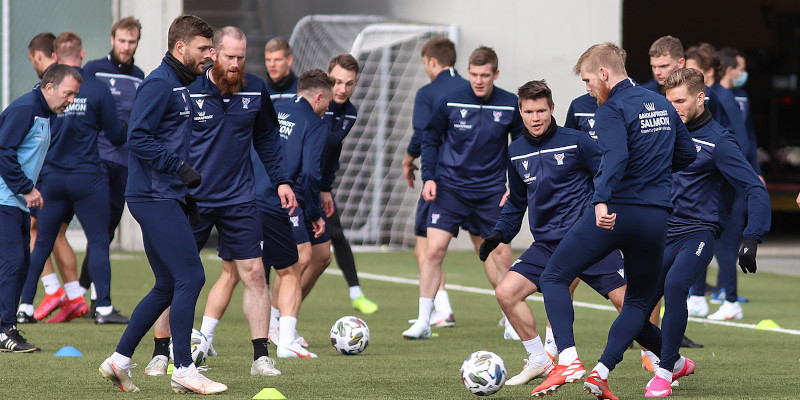 Can the Faroe Islands make it a record 3 in a row competitive wins? Tat 5 pm we kick off on the hunt of the historic feat, buoyed by the fact that 500 hearty Faroese supporters will be allowed into Tórsvøllur to cheer the side along. Their presence will undoubtedly feel like 5000 fans, as Håkan Ericson manages his first game in front of spectators.

Wednesday 4-0 friendly defeat against Denmark was little more than a formality in the build-up to this tie. For a nation the size of the Faroe Islands, the Nations League will always take precedent. And in the Faroese Nations League group, Latvia is seen as the toughest opponent. Despite this, they have made an indifferent start to the campaign, drawing against Malta and Andorra. Whilst the Faroe Islands won against both these nations in their first round of fixtures.

For Lativa, today’s ranking of 137 is a long cry away from the nation’s side glory days, that meant they qualified for Euro 2004, beating Turkey to qualify, and even drawing against Germany at the tournament. Latvia’s steep decline in their international reckoning has seen them demoted to UEFA Nations League bottom tier. However, a country with a population of 2 million, and 40x bigger than the Faroe Islands, would hope to gain something out of the match. And they also still possess some decent players such as Dāvis Ikaunieks, Pāvels Šteinbors and Roberts Uldriķis to name but a few.

Latvia and Faroe Islands have had some memorable battles over the year, and the 2-0 away win for the Faroes 4 years ago will live long in the memory. But this time around, the Faroese team will be in the unusual position of being favourites for the win, can the players deliver a third Nations League victory, here is my team for the match: Despite starting keeper Gunnar Nielsen unable to join the squad, the recalling of Gilli Rólantsson and Jóan Símun Edmundsson, means competition for places is at a high. And the inclusion of 2 of the Faroese star players will undoubtedly improve quality. However, it is always difficult to change a winning side, which makes this a welcome dilemma for Håkan Ericson to have.
Share this article on social media: