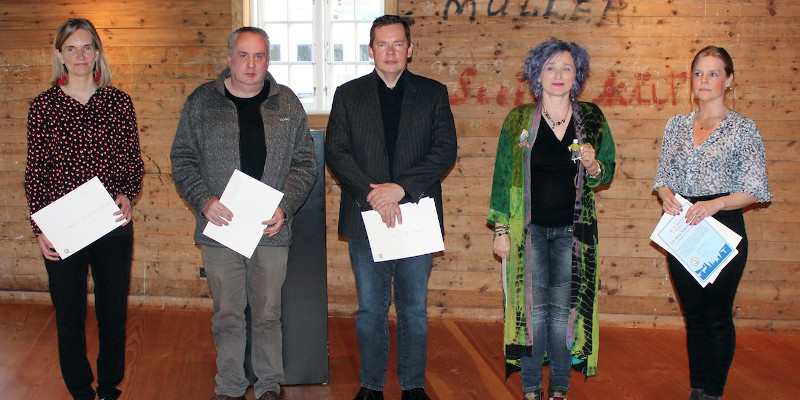 At a secret ceremony at Müllers Pakkhús, The Tórshavn City Council awarded this year’s Faroese Literature Prizes and the City Council’s Cultural Prizes on Thursday.

Jógvan D. Hansen was awarded the Faroese Literature Prize for other cultural achievements. As a professor in philosophy, he has, in a way that is easy to understand, managed to articulate deep and complicated existential and ethical questions to a wide audience, the judges said.

Hjalmar P. Petersen was awarded the prize for Non-fiction literature for his Faroese grammar books “Mállæra 1” and “Mállæra 2” (English: Grammar 1 and 2).