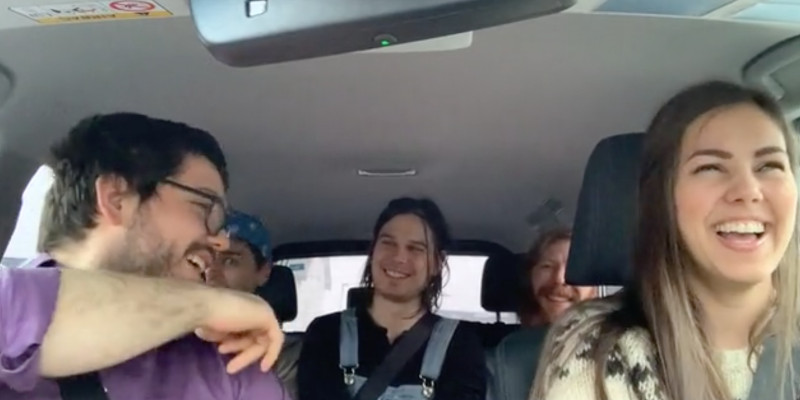 In their newly released May issue, the British Dork magazine has a lengthy feature about the Faroese punk band Joe & the Shitboys.

The magazine did a video interview with band members Joe and Ziggy Shit (real names, Fríði Djurhuus and Sigmund Zachariassen) in early March, the day after the Faroese Music Awards (where the band also won the award for “Band of the Year”),. In the interview, the pair explain what being a punk in the Faroe Islands is like.

And according to Ziggy, living in the Faroe Islands, they don’t have a shortage of stuff to write angry songs about.

– The Faroe Islands are pretty conservative. I think we beat out Poland as the most Christian nation in Europe. I think we also beat Poland in being the place in Europe where the highest proportion of people are creationists, too. There’s a lot of that kind of thing. We just started talking about legalising abortion, gay marriage was legalised three years ago, which is pretty late – we’re part of Denmark, and they got gay marriage in the 80s! What I’m saying is that we don’t have a shortage of stuff to write angry songs about.