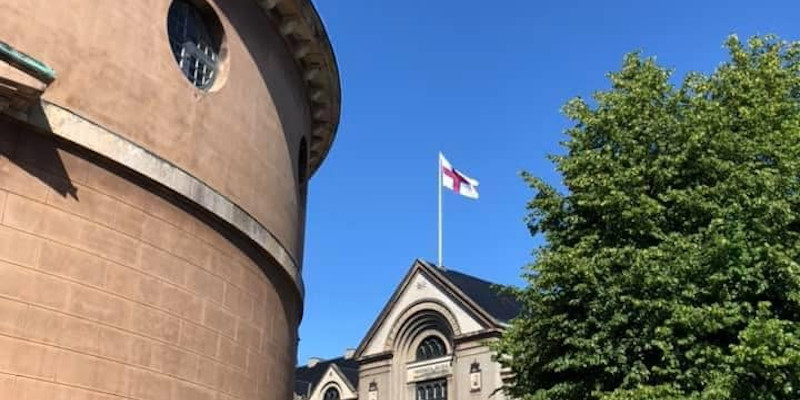 University of Copenhagen flew the Faroese flag one month too early

On 29 June, several Danish establishments, including the University of Copenhagen, flew the Faroese flag, Merkið, in celebration of Ólavsøka. The problem is that they did it one month too early.

– This is the third time in five years, that the Danish public either flies the wrong flag or displays the flag on the wrong day.

In the spring of 2016, the Danish government decided that public establishments should fly the Faroese flag on 29 July, on Ólavsøka (also called St Olaf’s Day), which by many is considered the national holiday of the Faroe Islands. The purpose of this was for the Danish government to show its respect for the Faroe Islands. But they ended up using the wrong flag, one with inverted colours, which according to many, had the exact opposite effect.

Two years later, in 2018, the colour combination was correct, but the flag was displayed on 29 June instead of 29 July – a mistake, that, unfortunately, was repeated this year.

– Although these embarrassing mistakes get a lot of attention every time they’re made, Merkið was once again displayed on the wrong day, Sjúrður Skaale writes.